... there were two little girls.  They came to the first day of school quite nervous.  One because it was the fist day of a new class, the other because she was always such a nervous girl.  They both dressed their best because that is what you do on the first day of school, they both sat up straight and both listened very hard to what the teacher said.  It was an ok day.  This year might not be so bad.  Things looked bright and then something happened that made everything even brighter.
One girl said to the other, "I like your dress." 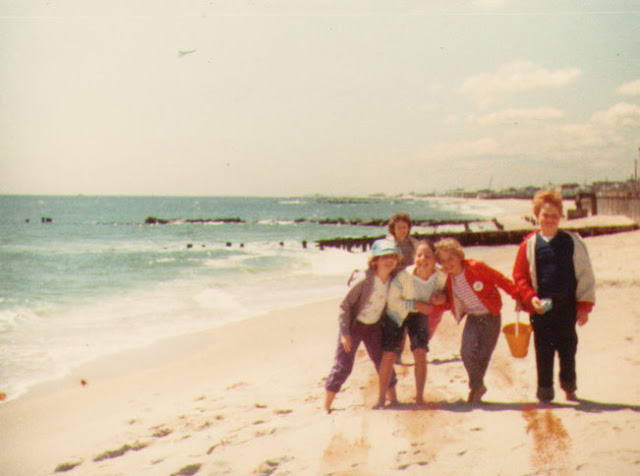 That was just the beginning.  Little would they know that in the many years to come there would be girl scouts and sleepovers and youth group retreats and summers at the beach and youth shows and lockers and yearbook and deaths and a divorce and boyfriends and prom and college.... 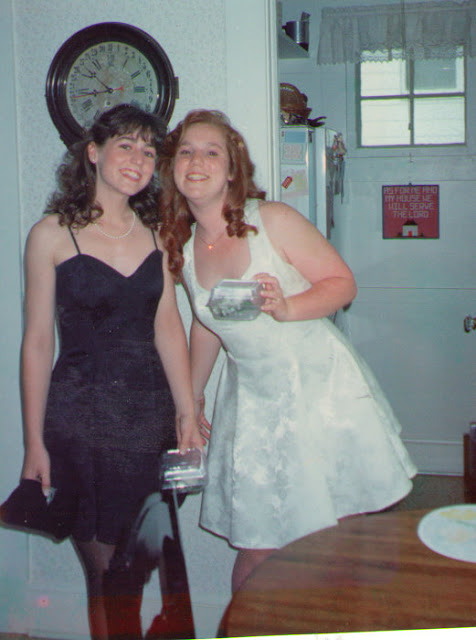 (look at our grins!)
A little less then 30 years later, the two little girls aren't so little anymore.  They both have husbands and they both have children.  They both have had a lot of years apart.  They made some wrong turns along the way but have found each other again.   Is is really true? 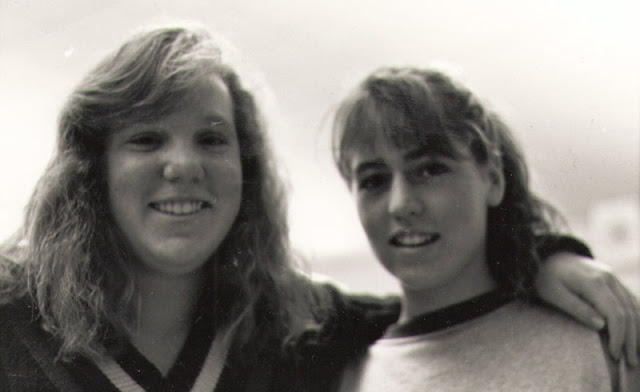 I can't wait until we have a new picture:  Two grown up woman together again.

I'm so thankful for: