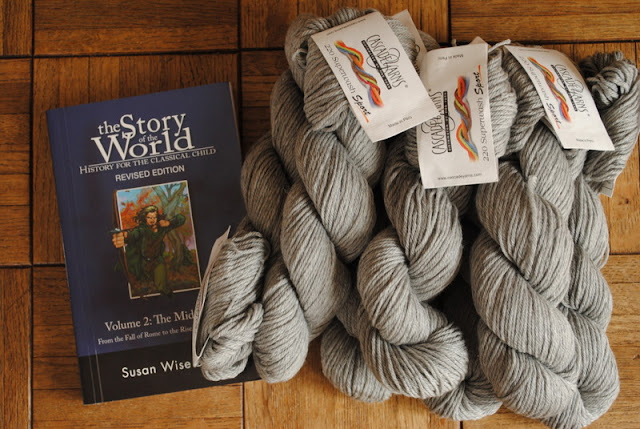 So I had this birthday money from my mom.  I was hanging onto it wondering what I should do.
Yarn?  Bird feeders?
(I know, I'm weird)

I really wanted to make myself a sweater from the book I talked about last time.  BUT, I think that they are just too involved for me right now.  And I really wanted to make something that I could wear this spring.
I picked this.
I stole away to the yarn shop to find something I could afford.  I just yesterday learned what "Superwash" means.  I bought  Cascade 220 Superwash sport.  It is actually very soft.
I had to add this picture here because the yarn looks so cozy: 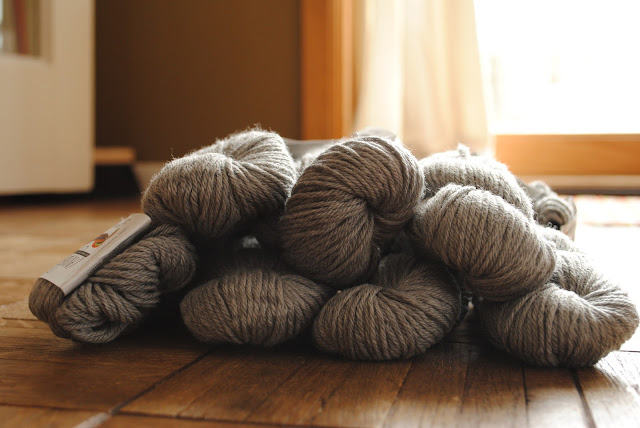 I messed up though.  I was supposed to get DK but I ended up with sport!  The pattern already calls for thin yarn to be knit on larger needles.  I went up a size larger than called for and I am still a little off gauge.
So I was wavering on the size I should knit.  Should I go on the smaller size since the fabric is going to stretch a lot or should I go with the larger since I'll be knitting up something just a little smaller then the pattern calls for?  What do you think?
The book in the first picture is a homeschooling text.  It is so well written and fun to read.  The girls are really remembering the stories from it. (and so am I)  Did you know that Justinian the Great's wife grew up in a circus, became a famous actress, found Christianity and became a wool spinner?
Posted by Sherry at 3:11 PM

Email ThisBlogThis!Share to TwitterShare to FacebookShare to Pinterest
Labels: Homeschooling, yarn along